Get set, cheer up, move on 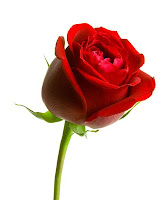 Sending positive vibes and wishes to everyone visiting this blog: Let 2011 bring good health, peace and prosperity to you. Some blog buddies have been of tremendous help, motivating me personally and professionally. A sincere thanks for that. I am sure our bond will strengthen further in the coming years. Stay connected.

“Do you know what my little daughter scribbled in her notebook?” asked a shocked mom and close friend of mine.
“What?”
“I wanna fall in love,” she said sounding worried. The child is just in Grade 3.
I am not surprised.
I was hearing two days ago from a teacher this story.
A Grade 4 girl rushed to the teacher and said in a hush-hush tone: “Warn this boy. He is talking nonsense and saying he will make me pregnant.”
The stunned teacher called the boy and admonished him: “She is your classmate and like your sister.”
The boy reacted: “This girl talks too much ma’am. She is spreading rumours in class that I look at porn sites.”
The teacher blushed more than the students.
These are real life stories, not made up by me.
Information explosion is having a negative impact on kids. Just like the knife that can be used for good purpose (cutting vegetables) and for killing people, Internet has dangerous flip sides. All depends on how we use the medium.
Media has been unhelpful. India’s top newspaper carries this headline on its website’s front page: “Ten kissing commandments.”
Tauba tauba. I am not getting deeper into this post. I am an innocent little lad.
Posted by R. Ramesh at 6:05 PM 20 comments:

Heard this joke:
“Dad, are you not afraid of lion and tiger?”
“Nope.”
“What about thunder and lightning?”
“Certainly not.”
“Ghosts and demons?”
“Nothing scares me.”
“Awesome dad. You are only scared of mom.”
NB: Wifie and daughter have arrived for a week. So catch up ASAP.
Posted by R. Ramesh at 6:00 PM 23 comments: 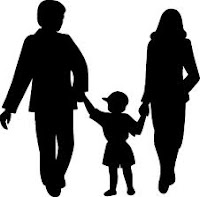 Are you for joint family system? asked a colleague.
“I am for it. However, the system is dead worldwide. It won’t work anymore,” I replied.
“You are wrong. There are still families that stay together happily,” she argued.
“Maybe. Some are in joint family just because of necessity. Beneath the bonhomie lie despair and disagreements. This is a material world,” I said.
“Maybe you have had a bitter experience,” she got personal.
“Not true. Anyway, are you married?” I asked her.
“No.”
“Matter closed. Get married, stay with your mother-in-law and let’s meet after two years,” I replied and moved off before she could throw a folder on me.
Heard this joke:
“I remember John whenever I see you,” Mulla Nasruddin told a friend.
“I do not resemble John in any way,” replied the friend.
“But you both owe me $100.”
Posted by R. Ramesh at 8:07 PM 22 comments:

The elevator stopped on the 3rd floor and I was about to step out when I saw him standing there. I instantly pressed two and moved to the 2nd floor. I saw him rushing through the stairs.
I took out my mobile and acted as if I was talking to someone. I was amazed at the way he ran down the stairs at that speed at that age. He came close. I rushed to the rest room. After a minute in the smelly toilet, I came out to see him combing his hair looking at the mirror.
He’s a peon who chases me for money at the drop of a hat.
“My brother is not well,” he started his tale.
I do not mind charity, but some seekers overdo things. I have already paid him on occasions. I also gathered that he had different tales for other colleagues.
“I cannot spare a dirham,” I told him bluntly and walked away. No need to run or hide this time.
Oscar Wilde said it right: Some cause happiness wherever they go; others whenever they go.
Sounding rude? Sorry. But if you want a taste of his nagging, just send me your phone number.
NB: I saw a female friend running from him and it was real fun..haha.
Posted by R. Ramesh at 10:27 PM 21 comments:

Home's not where the heart is

I went to a property expo in Dubai along with Mr Subu.
“Indians are flush with money. There is no recession. Better buy a house now or regret forever,” campaigned a marketing guy.
He continued in a rapid tone as if selling tomatoes: “Don’t keep thinking too much. Just buy,”
I got him closer: “It is really great to hear that all Indians have become rich. Why is it that I and Mr Subu are not in that list though we are also Indians? We think twice even to buy potatoes.”
The guy looked astonished for a moment, checked around and murmured: “Boss. Do not say just two of you. I am also in your list. That makes us three. It’s just that I am doing my job.”
Before I could finish laughing, he went on: “Buy that plot near Shirdi. It will fetch you millions of rupees in just a few years.”
Posted by R. Ramesh at 8:55 PM 31 comments: 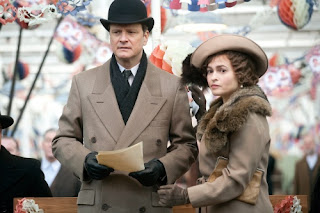 There was a special screening of The King's Speech for the media at the Mall of the Emirates today as part of the Dubai International Film Festival, and I was lucky to be there.
TKS is the story of Prince Albert (Colin Firth), second son of King George V (Michael Gambon), and his wife Elizabeth (Helena Bonham Carter). Albert was born with a speech impediment. He seeks help from an unconventional therapist named Lionel Logue (Geoffrey Rush).  When King George died, Albert's older brother David (Guy Pearce) ascended to the throne, only to abdicate so that he could marry a divorcee. This left Prince Albert in line to become King of England (George the VI). The Second World War was approaching and he had to speak to the nation.
This kind of film is not my cup of tea as I prefer action/comedy. But I should concede that TKS is gripping. A special pat to Firth and Rush.
Two lines I liked:
Dr Logue: Do you know any jokes?
King George: Timing isn't my strong suit.
***Lilbet: What's he saying? (Watching a Hitler speech)
King George: I don't know but he seems to be saying it rather well.
Posted by R. Ramesh at 7:48 PM 21 comments:

The control key on the keyboard does not work, said my colleague.
“Call the technical guys and change the keyboard,” I said.
“Oh, they escaped,” she replied.
“I saw the one who wears a caP at the canteen,” I said.
“That cap guy locked the room and left.”
“If you cannot finish the work, go home.”
“I cannot do that. Boss had warned not to SHIFT blame on anyone and just finish my work.”
“OK, there is a key you can press and go HOME,” I replied.
“You mean PAUSE?” she asked eagerly.
“END.”

NB: The first line is from a bumper sticker. Rest are my imagination. 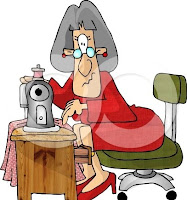 I opened the door to see some men clearing up the opposite room.
“Vacating?” I asked.
“Ya. We are shifting to the next street. Seven years is too much,” said a Chinese-looking neighbour. I had seen her many times, but never talked.
“Seven years? I have been here nine years and we have never talked a word. If you don’t mind, where are you from?” I asked, stupidly thinking she will reply China.
“Darjeeling,” she said.
Ma Salama. And she was gone.
So much for neighbourhood.
Remembered an incident narrated by a friend about his nosy neighbour. In Mumbai, many residents keep their doors open. Neighbours interact on a day- to-day basis.
One day this friend had a tall, dark female visitor. At the opposite room, a housewife was engaged in tailoring work and the machine was going on “taka taka taka…” This friend left the door open and the two chatted. He suddenly told her he got a new job. The lady instantly gave him a bear hug. Blushing, he pointed to the door. She was double his size, picked him up literally up to the door and pushed it while holding him.
Suddenly the machine sound stopped. Taka taka tak.
Silence for a minute. My friend, still in her grip, peeped through the little open door. The neighbour had stopped her machine and looked out like a giraffe pointing its head out.
In a moment, the friend opened his door and the neighbour had almost reached his door to check out.
Snooping neighbours may be a blessing for wives, but not Casanovas.
Posted by R. Ramesh at 5:34 PM 29 comments:

I had been to the classic car show near Burj Khalifa in Dubai on Thursday. Sharing a few pictures clicked on the same outdated greatgranddad-donated mobile of mine.
Hope you like this. 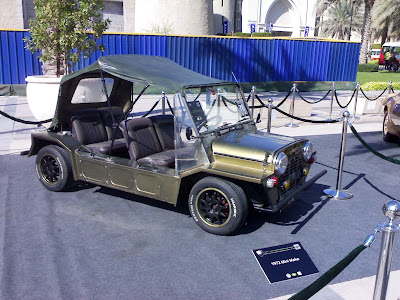 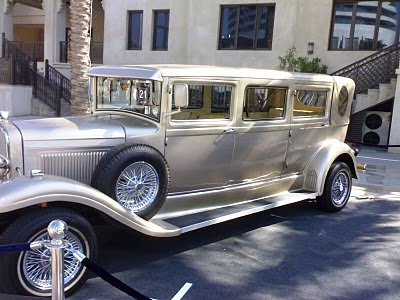 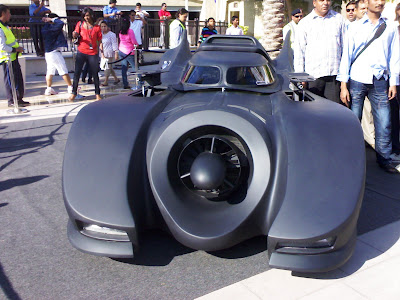 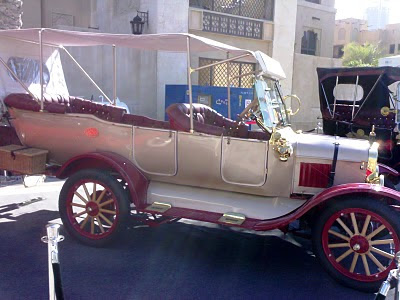 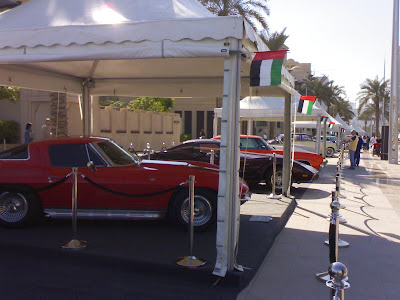 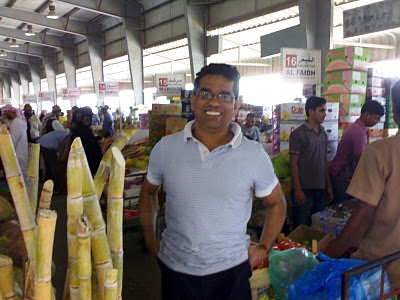 The last pic is at the Ajman wholesale veg market. Just so that you do not forget me.
Posted by R. Ramesh at 11:54 AM 30 comments: