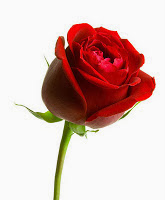 Smile on your face, dollars in your pocket, peace in your heart, charity in your mind, fulfillment in job and company of adorable friends - wishing you all that and more in 2019..because you are very dear to me:):)
Posted by R. Ramesh at 10:54 PM 2 comments:


The children now love luxury. They have bad manners, contempt for authority; they show disrespect for elders and love chatter in place of exercise.
These are not my words, but of great philosopher, Socrates.
So it is that generation after generation, we are used to blaming GenNext for all the ills in the society.
There is a need to press the “pause” key on this trend and acknowledge that the present generation kids are gems, who work very hard, are more focused, and sadly, are deprived of much leisure and playtime that the earlier generations enjoyed.
Bullock cart days offered much spare time, competition was less and colleagues behaved like family. Just a few decades ago, phones and television were luxury items, leaving more time for social get-togethers. No computers meant plenty of time for oneself and no 24/7 duties.
Doctors earlier never asked for a dozen medical tests for even minor ailments like cold, cough and sneezing. A doctor would just ask the patient to open his mouth wide like a hippopotamus and immediately declare, “You have diphtheria.”
Fast forward. Children have no time for their parents, friends or even themselves. Round-the-clock classes means they have little time to eat, play or make merry. When they fall sick, the list of medical tests could test anyone’s patience.
Rat race has made them machines, while machines are injected with artificial intelligence to compete.
In spite of such a challenging field of action, today’s kids shine like stars and often use charming words like “Awesome, Cool.”
Stop blaming kids and instead salute them.
Posted by R. Ramesh at 9:27 PM 2 comments: