Sorry, will be back ASAP

Grateful to everyone who wrote consoling words. Will be in touch individually with everyone who got in touch ASAP. Thanks and best wishes always.
Posted by R. Ramesh at 7:29 PM 11 comments:

Lost my dear dad -in Chennai- old age. Please keep us in your prayers.
Posted by R. Ramesh at 9:57 AM 34 comments:

I was eating nuts when my colleague remarked, “Nuts for a nut. Perfect.”
I offered him some: “Take it. Peanuts for monkeys. Perfect.”
We laughed and he continued, “So you had spinach-cheese burger for breakfast!”
“How did you guess?” I was amused.
“You vegetarians cannot look beyond spinach. Where else will you get strength from?”
“You are wrong,” I told him. “The portrayal of Popeye the Sailor Man as physically strong because of his love for spinach has been proved to be erroneous.”
“Really?” he looked surprised.
I told him what I read on Net: German scientist Emil von Wolff misplaced a decimal point in an 1870 measurement of spinach's iron content, leading to an iron value 10 times higher than it should have been. This faulty measurement was not noticed until the 1930s.
“Thank God. I am never amused of spinach,” he said.
“But why are you against spinach?”
His answer: “While travelling on local trains in Mumbai, I had noticed slumdwellers using fields close to tracks as open toilets. And many such fields had spinach grown on them.”

WFP beefs up war on hunger 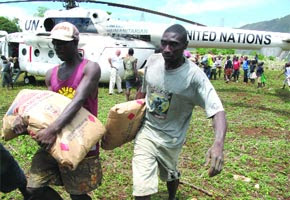 (This is a report written for our paper today)
'With each five dirhams donated to WFP, a hungry schoolchild can be fed for a whole week'
R. Ramesh
The UAE has taken up a primary role in the world’s fight against hunger by hosting the biggest UN emergency response hub of the World Food Programme (WFP) in Dubai.
The WFP manages the response hub with a United Nations Humanitarian Response Depot (UNHRD) and procurement services in Dubai and a United Nations Humanitarian Aviation Service unit (UNHAS) in
Sharjah.Recently relocated to the Dubai Industrial City, the UNHRD Dubai’s 22,500-sq m covered warehouse facilities position it as the biggest depot within the UNHRD network.
These include temperature-controlled areas between 18-25˚C, chiller rooms with temperatures of 2-8˚C, and a large freezer room with a temperature of -18˚C.
In addition to this, there are several outdoor shaded storage areas for bulk items.
A billion hungry people
It is estimated that one billion people suffer from hunger in the world today. Each year, undernutrition contributes to the death of five million children in developing countries.
“But what most people forget is that it takes so little to make a big difference. With each five dirhams donated to WFP, a hungry schoolchild can be fed for a whole week,” reveals Elise Bijon, WFP Partnership & Business Development Manager for the Middle East, North Africa and Central Asia.
“Our history in the Emirates is closely interlinked to the vision set by the Government of Dubai to establish a global logistical hub tailor-made to the requirements of the humanitarian community,” adds Mohammed Diab, WFP Country Director in the UAE and Director of Donor Relations in the Middle East.
“We are grateful to His Highness Sheikh Mohammed Bin Rashid Al Maktoum, Vice-President and Prime Minister of the UAE and Ruler of Dubai, and IHC’s Chairperson Princess Haya Bint Al Hussein for their continuous support over the last ten years. Their understanding of our operational needs enabled us to set up what became today the world’s biggest UN emergency response hub,” he added.
Since its establishment in 2001, the WFP Dubai Office has become one of the world’s premier emergency preparedness and fast intervention bases.
“Through our various units, we play a direct role in emergency operations taking place in countries hit by conflicts and natural disasters across the Middle East and all around the world. At the moment, our teams are particularly busy deploying aid to South Sudan, Somalia and Syria,” elaborates Diab.
Set up as part of a network of five central depots located in strategic locations around the world (the UAE, Italy, Ghana, Panama and Malaysia), the UNHRD Dubai serves as a stockpiling platform for WFP and other UN agencies, governmental and non-governmental organisations, which chose to establish a logistical base in Dubai for its central location and world-class air and sea port facilities.
Offering shipping, warehousing and stock management services to aid organisations, the depot holds stock reserves of emergency relief goods such as high energy biscuits, ready-to-use supplementary food, ready-to-use therapeutic food for children suffering from acute malnutrition, ready-to-eat meals, medicines, tents, blankets, IT equipment, water purification units and vehicles.
‘Everyone’s fight’
According to WFP officials, the UNHRD provided outbound shipping services to approximately 60 humanitarian organisations in more than 90 destination countries in 2011 from its Dubai hub. The total number of outgoing shipments from Dubai in 2011 was 650 (combination of sea, air and land) out of which 13 dedicated (charter flights) airlifts were sent to respond to major emergencies in Afghanistan, Ivory Coast, Libya, Turkey, Ethiopia, Nairobi and Somalia.“Hunger is the world’s greatest solvable problem, but the WFP can’t do it alone,” says Elise Bijon.“One in seven people still suffers from hunger. There is no way for a child to grow and learn on an empty stomach. No way for communities that are victims of conflicts or natural disasters, who are too busy looking for food, to plan and improve their future. Building a better world necessarily passes through the fight against hunger, which should be everyone’s fight,” she points out. According to Elise, solutions exist, but they need funds to be implemented. “The WFP’s programmes aimed at preventing hunger are successfully run around the world, but they also need money to be sustained until supported communities become sufficiently autonomous and food secure,” she points out. “Cash donations are preferred as they enable WFP to plan its procurement and logistics operations in a cost-effective way and deliver the appropriate food aid faster and better, at low cost.”She says that companies eager to support the fight against hunger as part of their CSR strategy can contact the WFP team to explore possible partnership opportunities in line with their focus areas of interest — they can choose the programme and the country/region that they wish to support.

Innovative partnerships
“In the UAE, we have created innovative and flexible partnerships with the private sector — i.e. companies, individual donors, artists, students, etc. — to give a voice to the hungry, support humanitarian work and save lives,” noted Elise. The WFP’s Global Vehicle Fleet is also centrally managed in Dubai, with purchase, maintenance and training services available to WFP Country Offices and the entire humanitarian community. Chances are that the UN white 4x4 cars you may see on television are actually coming from Dubai.The WFP Dubai Office also serves as a base for the Fast IT Intervention Team (FITTEST), which takes the lead in setting up IT and telecoms infrastructure during emergencies as part of WFP’s role as the lead agency of the Emergency Telecommunications Cluster. Most WFP activities in the UAE are also actively supported and partnered by the Red Crescent Authority (RCA). The WFP is the world’s largest humanitarian agency fighting hunger worldwide. Each year, on average, WFP feeds more than 90 million people in more than 70 countries. In emergencies, WFP gets food to people who need it the most, saving the lives of mothers and children and of victims of conflict and natural disasters. How your money can helpDh1 = one school mealDhs5 = one schoolchild in need fed for a whole weekDhs200 = one schoolchild fed for an entire year + monthly take-home rations of food for the family.
http://www.gulftoday.ae/portal/e4a6dff7-c3d5-45ad-aaeb-b7f298425f42.aspx
Posted by R. Ramesh at 10:31 AM 8 comments:

“What is that we humans do at the same time?” asked a colleague.

“Breathing,” I replied instantly.
“OK. Now I stop breathing,” he started his yoga.
“We are all rotating along with the earth,” answered an intelligent colleague.
“Not the answer I am looking for,” he replied.
After much persuasion, he declared, “We all get old together.”
The moment he mentioned old, he gave me a sheepish look.
“Hey, I'm not 50. I'm 20 with 30 years’ experience,” I joked.
Age is clearly in the mind.
Just yesterday, a friend attending the Public Relations World Congress in Dubai informed me about PR pioneer Harold Burson, 91, who has spent 65 years in the industry.
Citing his example, I said, “See. So many such achievers break age barriers. Life begins at 40.”
“Ya, life not only begins at 40, it begins to show,” he replied, pointing at my bulging tummy.
Posted by R. Ramesh at 8:37 PM 18 comments: 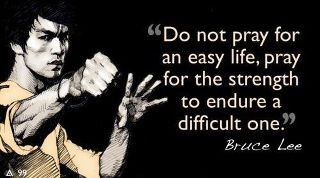 Just heard an interesting view on life: When we enter the world, we are pushed violently upside down from the mother’s womb and all we do is struggle to stand up in life. When we gain wisdom, we are past 60 and ready to enter the pyre or coffin. Makes me think.
Some people beat challenges easily. For them, taking risk is like eating Rusk (crispy bread).
My friend DM was blind. He was doing journalism course with me in Chennai in the 80s. He will ask us to read out chapters for him and will listen. By the time I finished a chapter, I would have forgotten the words, but he would repeat them with ease.
I still remember how he used to pillion-ride on my bicycle and tell me, "move faster dumbo." Once he was trying to board a bus when people pushed him out and he hurt himself badly.  Despite such situations, he kept his sense of humour. Some social workers went to his house for reading sessions. Once a pretty lady was reading out for him when I entered. After she left, he asked me, “Hey RR, how does she look like?”
“Stunning,” I replied.
“Then you better keep your eyes off her.”
Posted by R. Ramesh at 1:02 PM 24 comments: 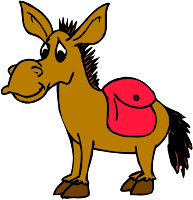 The mother spread the grains on the floor. She called and told her daughter: “Watch. The donkey will eat the grain.” She then left to meet her neighbour. After 15 minutes, she returned to see the donkey relishing the last few grains.
“What the heck were you doing?” she screamed at the daughter.
“I obeyed your command and watched the donkey eating the grain.”
Many people fail to listen carefully when we communicate or twist the meaning according to their convenience.
You must have heard this joke:
A beautiful girl was offered a receptionist job.
“You will get $1000 salary,” declared the boss.
“With pleasure,” nodded the girl.
“Then you will get $2,000.”
Posted by R. Ramesh at 11:43 AM 23 comments: