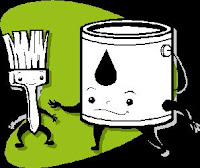 I entered my office scratching my left palm.
“What happened?” asked my senior colleague.
“Just itching,” I replied.
“Itching on the left palm indicates you will get money,” he predicted, adding, “throw a party once you get the money.”
I wish the prediction came true. It’s already a week.
There are many who still hold on to strange beliefs.
One friend used to sit immediately if someone called him by his name from behind. A friend from Pakistan mentioned about an eccentric doctor who used to whitewash his clinic every day. Another person had the weird habit of cleaning apple with a tooth brush before eating.
Once I met a stranger and we shook hands.
He said, “Your hands are cold. That means you have a warm heart.”
I did not tell him I had just returned from an ice-cold air-conditioned room.
Posted by R. Ramesh at 12:49 PM 14 comments: 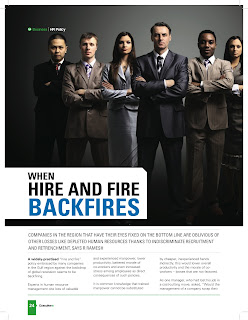 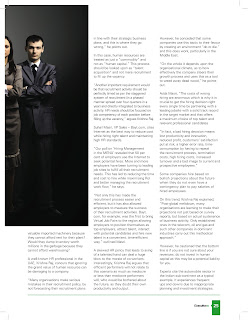 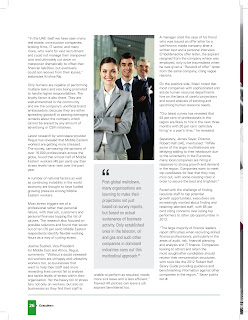 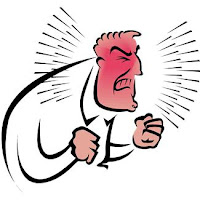 I liked a comment from a dear friend PP about anger:
She wrote: Anger is when the mouth works faster than one's mind
Turning the kindest soul into a monster unkind
One of the basest of emotions.....leads us to shame
Tho conveniently on our hormones we blame!
Disfigures the heart....and defaces the face
Can rightly be called a curse on the human race!
Journalist Joy Raphael wrote:  “Change your focus when you are angry. I should have done that long ago when I too got constantly angry at the boss. Now don't ask where it happened.”
BK Chowla of Delhi insists: “There is only one instant way to get relief from anger...when you get symptoms,take a long deep breath.”
Dear blog friend Sujata Sengupta asked: What do you do to control your anger?
I got many angry times and it had always gone against me. Hey, know what, forgiveness is divine.  My dear blog friends will remember when I mentioned that years ago when I was leaving Mumbai for the Gulf, I was behaving strangely rudely with a dear Kolkata friend of mine, Bhadra. That guilt remained and many blog friends wrote that my goodwill will help. Last month, I and Bhadra had a coffee session in Vashi, Mumbai. Back as friends.

From coal to cool

Life is petty and whimsical. It can desert you in a moment, without any notice, and turn you into a chunk of rotting flesh, wrote my friend Joy Raphael on FB alluding to veteran Bollywood filmmaker Yash Chopra’s death. No, Joy is not a philosopher, just another street-hardened journalist of Mumbai. “So when life is in you, be level-headed. See even a ragpicker or scavenger as your equal and treat him humanely,” suggests Joyananda.
I couldn’t agree more with him.
I feel more often it is anger that turns spoilsport. One friend of mine in Mumbai who broke the spectacles of my boss in a fit of anger lost his job. He was a friendly, jovial colleague. But that split-second anger cost him heavy.
As Buddha rightly said, “Holding on to anger is like grasping a hot coal with the intent of throwing it at someone else.”
You must have read this joke:
‘When I get mad at you, you never retaliate. How do you control anger?’ a husband asked his wife.
“I clean the toilet bowl,” she replied.
“So what!”
“…with your toothbrush.”

A clap for this slap 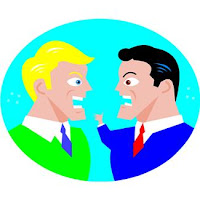 As a child who scored poor marks, I had received it several times from my father, but never ever passed it on to anyone. Yes, I am talking about slaps.
Even recently, when I was walking on a Delhi street with a relative, I had a chance to spank someone, but did not. A drunken roadside Romeo tried to misbehave with my niece. Even before I could gauge what had happened, she had given him what he deserved: A tight slap.
I should share this gripping story from Maharashtrian tales.
A boy always shunned a particular route, as a shopkeeper was rude to him. One day, he could not avoid using that road and the shopkeeper yelled out for him.
“Tell your hopeless parents to return the dues immediately,” he shouted at the boy, and before the latter could react, gave him a slap. The child returned home, narrated the incident to his mother, while his father lay in bed in a coma.
The mom thought for a moment and rushed to the kitchen. She picked up the money saved for charity, grabbed the boy’s hand and reached the shop. She returned all the dues and asked the shopkeeper whether everything was settled. “Yes,” said the shopkeeper gleefully. “Except one,” she replied and instantly gave him a tight slap.
Boss, there is a word of caution from Willard Scott: “Never slap a man who chews tobacco.”
Posted by R. Ramesh at 12:00 PM 22 comments: 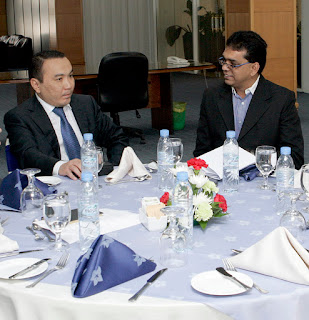 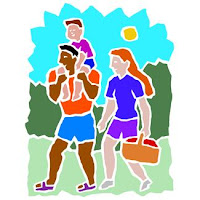 I used to organise picnics in my earlier office, but left the tough task of collecting money with my colleague, DG.
DG was a friendly, casual person. One day, another colleague SI was engrossed in editing a front page copy when DG stepped in.
“Where’s the money?” he asked.
“I am very busy. Talk later,” she replied.
He repeated the question.
“Can’t you see I am editing for front page?” she asked, visibly annoyed.
DG’s spontaneous reaction made everyone laugh: “Arre baba. What’s important? Work or picnic?
My frivolous nature got me in trouble many times, but also saved me.
I was chatting loudly when the newspaper’s famous cartoonist rushed out of his cabin and angrily looked around to check who was making noise. There was sudden pin-drop silence. He glanced at me, cooled down a little and moved back with the words, “Ohh, you are here. That’s why.”
Have you heard this joke?
“You are a perfect fool,” she said.
“Don’t try sweet talk. No one is perfect,” he replied.
Posted by R. Ramesh at 10:42 AM 19 comments:

Flexibility is a word disappearing from my dictionary.  I find it difficult to adjust to new circumstances.
Even when I reached parents’ home, I found it difficult. My dad was old and his only entertainment was TV. The sad part was he was fond of Tamil serials. When we talk of Tamil serials, the common dialogues you hear for years are, “I will take revenge, you rascal,” “I will see to it that you beg on the roads,” “I will make sure that you never hear the sounds of laughter at your home ever again.”
A friend invited me to stay at his house in Mumbai. At night, he shut all the windows and doors and I found it claustrophobic.
When I stayed at a relative’s small apartment, the family woke up at 4.30am and put on loud spiritual music. After years of night duty, that early morning time for me was one of blissful sleep and romantic dreams.
There’s nothing to beat one host who was known to be stingy. He used a dim light at home to save electricity even during late evening hours.  When I was almost asleep around midnight, he quietly walked across. I closed my face with a blanket thinking it was a ghost. He silently switched off the fan and disappeared. I had to sweat it out until his wife sneaked in, switched it on and disappeared as quietly as he did. After all, she had adjusted with the “kanjus” (stingy guy) for years.
Posted by R. Ramesh at 11:51 AM 21 comments: