‘I can read your mind’ 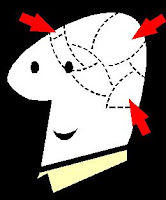 Science has advanced to such a level that a man can use his mind to wag a rat’s tail. Such an experiment was conducted successfully at a lab in Harvard Medical School.
However, the “I-know-what-you-are-thinking” scenario scares me.
Just last week I was talking to a friend and she said, “I can read your mind.”
She continued, “You must be thinking how smart I am.”
“Yes, yes,” I lied.
Knowing what’s on the other person’s mind can create chaos in the world.
Imagine a rich man on his deathbed surrounded by relatives. Visualise a strict boss passing by his subordinate. Think of a wife telling her hubby that her mom is visiting home. Envisage meeting a person who owes you money but has not returned for months.
You must have read this joke: If women could read minds, every second man will get slapped.
Posted by R. Ramesh at 9:56 PM 12 comments:

Write from the heart 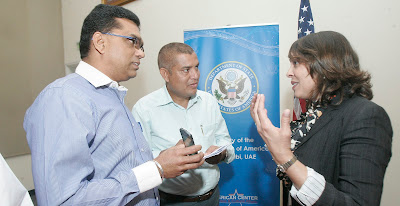 By R. Ramesh and Imran Mojib
SHARJAH: Poet Laureate of the United States Natasha Trethewey not only writes from the heart, but also allows her heart to speak for her. “My reasons for writing poetry have everything to do with history, to make sense of it and of social justice,” she declared in an exclusive interview to The Gulf Today.
She was speaking after a reading session held at the American University of Sharjah on Monday, where she was joined by Christopher Merrill, award-winning poet and Director of the International Writing Programme at the University of Iowa.
Natasha is known for focusing on eulogies and commemorating her own personal losses. “But generally, I do write a lot about history. I have written about the Civil War and legacy of the Civil War and the civil rights movement,” she says.
According to her, it is hard to see what is happening around the world. “I see so much about people, particularly women, offering testimonies to people talking about justice and wanting to find justice for themselves!”
That is where her reactions to the Arab Spring rushed in. She was literally in tears when talking about the events unfurling in the Middle East.
“I am affected by the ongoing trials we all face as human beings and pursuit of justice. To see conflicts that happen again and again, it makes me wonder what will save us. What will we finally listen to ... what will be the language that we can say to each other. Does poetry do that?” she asked.
In her most recent book, Natasha says she is trying to make sense of ideas about colours across the world. “I mean, ideas about mixed blood, how people think about colour gradations, oppression and what they mean.”
The Pulitzer Prize winner says she has faith in poetry because of the power of the individual voice to speak. “We are hard pressed to listen to each other sometimes because we have such ideological differences and we have different political sides, but poetry helps us to speak to each other and to hear each other. In reality, poetry helps us know the self better by knowing the other.”
At an interactive session, the reputed poet refuted a point raised by a participant that most of her poems were about sadness and stressed that they were actually inspirational. “When I write about personal loss, especially about parents, the subject matter is naturally going to be sad. But all of those poems are inspiring, showing the happy times, pure happiness.”
The poet in her forties terms herself as a “cheerleader” for the written word. Trethewey's parents divorced when she was young and her mother was murdered in 1985 by her second husband, who she had divorced, when Trethewey was 19 years old.
Earlier, she recited a selection of works from each of her books. Some of the poems that won much applause were titled Illumination, Dreams, Monument, Incident, and Myth.
Posted by R. Ramesh at 5:40 PM 5 comments: 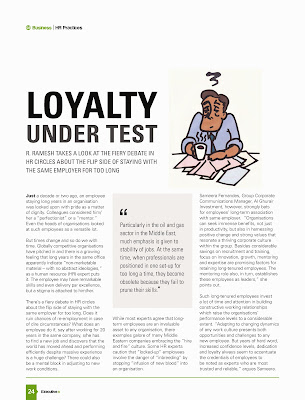 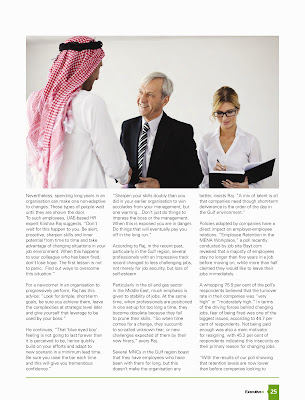 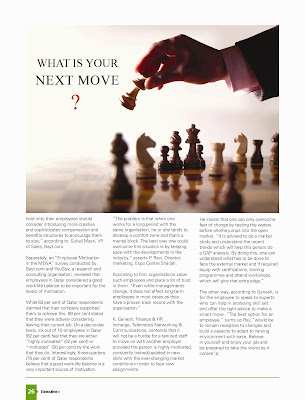 Do not tell anyone 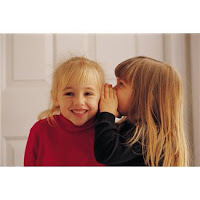 I dislike secrets. I cannot keep one. Hence, I was astonished when a friend told me she wanted to share a secret with me.
“Beware, I cannot keep secrets,” I cautioned her.
“But this one you have to keep it to yourself or I will be in serious trouble,” she continued.
“Let me try.”
“A guy proposed to me,” she continued.
“Wonderful. What did you say?”
“Actually I also like him.”
“Go ahead. All the best.” I parted.
It was a very hard task.
One, two, three and days turned into a week.
At last, unable to restrain myself, I shared the news with a colleague.
“That’s old news buddy,” he ignored me.
I tried to check with another acquaintance.
“In which age do you live? They are getting married in three months,” he cut me down and gave more details.
I angrily confronted my friend who wanted me to keep the “secret.”
“Why did you tell me not to tell anyone?”
“That’s because I wanted the entire world to know,” she replied.
Posted by R. Ramesh at 12:40 PM 15 comments: 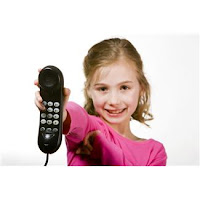 It was a hot coffee session and my colleague infuriated me by complaining about the modern generation.
“These youngsters! They do not have manners and just want quick money. No sweat, all gold is what they look for.”
“Stop,” I almost throttled him.
Socrates passed the same judgment hundreds of years ago. “Our youth love luxury. They have bad manners, show disrespect for elders and love chatter in place of exercise,” he had mentioned.
Every generation seems to have a problem with GenNext. In the past two decades, technology has swept the world upside down. Youngsters are enterprising and I am struggling to grapple with their amazing speed.
Just yesterday, I tried to chat with a young friend.
“All OK right?” I asked.
“K.”
“Can’t you write OK? How much time will you lose?”
“Leave it. ?4U,” she wrote.
“What is that?” I asked innocently.
“I have a question for you.”
“Shoot,” I replied, happy that I could also be crisp.
“Do you know any good dentist?
I gave a name.
“But he is expensive. WOMBAT.”
“What’s that?” I asked.
“Waste of money, brains and time.”
“BTW, So many people write XOXOXO. What’s it?” I asked.
“Oh that's an affectionate way of saying Hugs & Kisses,” she said.
I blushed without any reason.
“Anyway, SIG2R.”
“?”
“Sorry, I got to run,” she explained.
“Ya, better do that before you say WOMBAT to me,” I replied.
“10Q,” she signed off.
That was supposed to be “Thank You.”
Posted by R. Ramesh at 11:54 AM 15 comments: