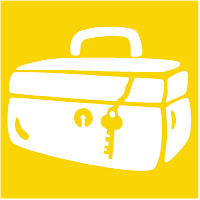 The key to success is not to have a lock, I replied, and told him about a friend.
Ravi had this habit of stealing money from his dad’s purse. His father did not know how to handle the situation until someone advised him to buy a “Gallapeti.” (Huge cash box –in Tamil).
The heavy cash box kept the money safe at home for the father. He saved more and more money in that, until one fine morning Ravi vanished with the “gallapetti” itself.
We friends nicknamed him “Gallapetti Ravi.”
Later, he became a computer programmer.
I can guess Ravi’s favourite key on the computer: “Escape.”
Posted by R. Ramesh at 11:55 AM