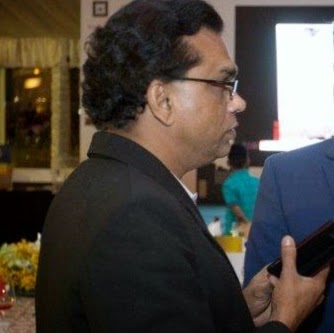 I have a long way to go when it comes to use of even basic technology.
I was recently attending a press conference in Dubai and wanted to record the speech of a chief executive officer (CEO).
When the meeting started, I pressed the recorder key on my mobile phone, only to hear the blaring sound of my previously-recorded interview.
As the CEO stopped his speech and looked at me like an eagle ready to pounce on a frog, I struggled to shut my phone down and ended up pressing the wrong keys.
After the apologies, the meeting continued, but I was restless.
I quietly hid the phone under the table and tried again.
“La, la, la…” went another song that I had recorded.
As the annoyed CEO looked at me, I shut the phone and acted innocent.
The CEO saved the situation remarking, “But that’s a good song.”
This is not the first time that technology ditched me.
Once I was interviewing a Bollywood actor.
I tried to click his photograph with my outdated camera of those days.
When I reached home, I realised the camera had just flashed and there was no print.
Fortunately, a journalist colleague who had accompanied me had also clicked photos.
That saved the situation.
Funnily, the celebrity was praising my camera saying it was a good model.