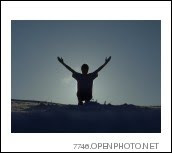 This story in the Indian media is no laughing matter, but sorry, it did make me giggle.
A jobless man had a tiff with his wife. He decided to end his life, drove his spouse out of the house and locked himself in. He switched on the LPG cylinder and threatened to set himself ablaze. A huge crowd gathered. The cops were summoned. The guy was in no mood to listen to anyone. The firemen thought opening the door would be dangerous. So the team enacted a drama. Everyone pulled out as if they had lost
interest. The crowds were asked to hide at a distance. A couple of cops hid near the door. Pin-drop silence. After a few minutes, the man decided to check out what was happening. He slowly opened the door.
That was enough time to pin him down. Guess what, the angry man bit a policeman in the scuffle. And he is facing legal action for that.
Suicides. What a deadly subject. I had a colleague in my newspaper who was ever smiling and was doing her PhD. Once I met her mom, I told her: “Your daughter is ever smiling.” After a few months, this girl got married. It was a grand wedding at the Sion area of Mumbai where we were served varieties of food. Less than two years into the marriage, trouble began. The wonderful girl continued to smile but something went amiss. One day we got the news that she had consumed poison and died. We friends went to her house for the funeral. The first thing that the mom told me: “You said my daughter is always smiling. See her now. Is she not smiling now?”
What a tragic moment! I could not stand there for another second.
Strangely, I feel like recollecting Mark Twain’s words: “The fear of death follows from the fear of life. A man who lives fully is prepared to die at any time.”
Posted by R. Ramesh at 4:33 PM