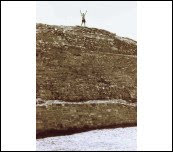 Dr Janardhan, Ragavan and me were discussing life’s challenges when Jana came out with three incidents that touched him.
* He had a class/roommate during his PhD days. The guy was the only child of his parents and survived on a meagre monthly budget that came by way of scholarships. And he was visually challenged. He not only braved his odds, but took care of his parents, got married and succeeded in life. On the lighter side, when the classmates were sitting in the canteen late one evening, there was a power cut. When all the students shouted, “Oh shit. It’s pitch dark,” this guy asked “What happened?” “The lights are off buddy.” He giggled and said: “You guys are jacked. Now hold on to me, lemme lead you all out.”
* Some people are committed to honest earnings. An expatriate gentleman in the UAE won a raffle for Dhs50,000 as part of the Dubai Shopping Festival. Asked what he intended to do with the prize money, he said. “I did not work for this. I will donate the entire sum to a charity.”
*There was this maid who had to bear with untold sufferings in the form of domestic violence. She decided to visit a mental asylum at the beginning of every month. Not that she needed psychiatric help, but her intention was to reassure herself that there were people who suffered more than what she had to endure. Strange logic, but she drew courage and was consoled by the relatively fewer hardships she had to face vis-à-vis those patients.
Truly inspiring, right?
Posted by R. Ramesh at 12:10 PM