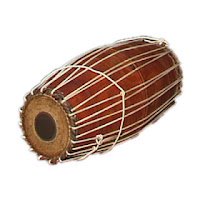 Travellers sometimes find themselves in awkward situations.
My colleague MV shared two instances he had heard about.
An Indian national was travelling abroad with a Mridangam (Musical drum). A Customs officer at an airport enquired what was inside that instrument.
“Empty space,” replied the visitor.
Not convinced, the officer fetched an electric drill and pierced the drum from one side. As the instrument was empty, the officer fell on it and everyone around laughed at his mistake.
The visitor lost his Mridangam, but returned next year with a new one.
This time, another officer on duty at the airport enquired what it was.
When the visitor explained it was a musical instrument, the officer asked him to play some music. He was allowed to go after he displayed his skills in tunes and tones.
My most embarrassing moment at an airplane was when I met a dear airhostess friend after years and screamed her name, “Usshh..” The other passengers thought I had gone mad, and an embarrassed “U” signalled that we talk after the plane landed.
Posted by R. Ramesh at 6:04 PM