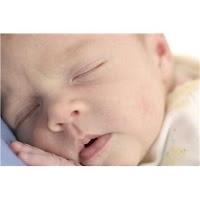 I wish my name appeared in the list of those who went to bed early and woke up early.
Working as a journalist for three decades, I hardly had an opportunity to doze off before midnight.
The famous dictum of Benjamin Franklin “Early to bed and early to rise makes a man healthy, wealthy and wise” never applied to me.
Hence, I accepted commentator Carl Sandburg’s suggestion, “Early to bed and early to rise and you never meet any prominent people.”
Yes, as another saying goes, “Early to bed and early to rise makes a man a milk man."
Even when I try to sleep early, I face hurdles.
I stayed at a friend’s place and decided to doze off before time: His son put on the TV in full volume. I stayed at a relative’s home and his ferocious pet dog pointed its teeth making me restless throughout. At my home, I am always tempted to read or watch television before I hit the sack.
Waking up is still worse. When the alarm rings, I meticulously wake up, only to pile up pillows and doze off again in a sitting posture.
“You are lucky,” said a friend.
“Why?”
““I suffer from insomnia.”
“What are you doing about it?”
“I will not sleep until someone finds a cure for insomnia.”
Talking about sleep, my colleague asks a sensible question: “Why is it that the one who snores always goes to sleep first?”