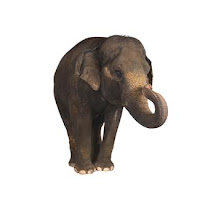 My close friends, in jest, have variedly called me monkey, donkey or even owl. A colleague in my earlier newspaper, VM, used to flash an impish smile while calling me out, “Pest.”
I hardly object as I am amazed by animal and bird intelligence.
A study has revealed that the world’s fastest land animal, cheetah, matches and even anticipates the escape tactics of different prey when hunting, rather than just relying on its speed and agility.
Birds may not read or write, but they can figure out the speed limit on a particular stretch of road. Biologist Pierre Legagneux of the University of Quebec noticed that common European birds standing on the side of a roadway tended to fly away from an approaching car when the vehicle was at a particular distance.
When thirsty elephants go out to drink water, it is said that they first send an emissary from the group to check out whether there are lurking dangers from animals like tiger or lion. They proceed only after getting a green signal from the colleague.
Elephants are loyal. Jingoi, an elephant that was being transported from Britain to the US years ago, loved its British trainers so much that it refused food and died before the ship reached the shores of America.
I am lucky I have made quite a few wonderful friends like Jingoi through this blog.
Posted by R. Ramesh at 10:29 PM