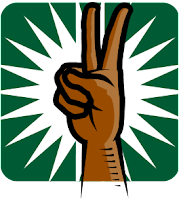 I was hearing an old Tamil song which went like: There are millions of people less fortunate than you. Think about that and feel peace.
How well put. Grumbling does not take us one inch forward. When we hit rock bottom, the only way back is UP!!! I have come across challenging situations and had thought it’s the end of the world. How stupid! Better to put on the music and dance with the Britney song, “I am stronger than yesterday.”
Sharing two real recent incidents:
* The mother was waiting with her 14-year-old daughter for the school bus on the ground floor of a Dubai tower and left her son unattended in the apartment. While waiting, she saw her son dangling off the flat’s window on the eighth floor. Turning hysterical, she rushed to her apartment, but the boy had already fallen off. The mother rushed down only to discover him lying in a pool of blood. She returned to her flat and jumped off the window, with her body landing on top of the son’s. The mother died instantly. And the girl remained in a state of shock.
* A 3-year-old ate leftover lasagna and lived with her mother’s body for two days until police came to the home in New Zealand. “Mummy won’t wake up,” little Shylah Silbery told police when they arrived. Police persuaded her to climb on a chair and open a chain on the door. The girl ate the lasagna and drank milk from the refrigerator and cuddled her teddy bear. She was there for that long, trying to wake up mum.
I have very special prayers for these two girls and others in such unimaginable situations. The rest of us better thank the Universe for giving us so much.
Posted by R. Ramesh at 7:22 PM