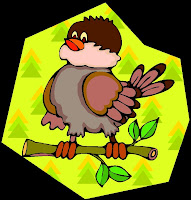 When a friend asked Irish playwright Bernard Shaw which book got him the maximum money, he replied: “Chequebook.”
A person without a sense of humour, I feel, is like a peacock without tail feathers. No wonder, Gandhi said, “If I had no sense of humour, I would long ago have committed suicide.”
After the performance of a play in London, Bernard Shaw joined actors on stage to acknowledge a rousing ovation. However, there was a solitary voice crying out: "Boo! Boo!" Shaw looked at that direction and remarked: "I agree with you my friend, but what can we two do against a houseful of opposite opinion?"
British statesman Winston Churchill’s repartee is also well-known.  When American socialite Nancy Astor once told him, “If you were my husband, I’d put poison in your coffee,” Churchill shot back, "If you were my wife, I would gladly drink it."
Kung Fu king Bruce Lee was once asked if he believed in God. “I believe in sleeping,” he answered.
Sometimes, serious talks turn humorous. I spotted a sparrow near the window and told my daughter, “When I was a child, a sparrow used to visit our home in Chennai. A neighbour got closer, it tried to fly away, got hit by the ceiling fan and died. I could not sleep entire night. We should love birds.”
“Should we love monkeys too?” she asked.
“Of course,” I replied, without thinking twice.
“I love you, dad.”
Posted by R. Ramesh at 6:16 PM